The international conference “Affects – Media – Power” was organized by project B02 “Transcultural Emotional Repertoires in and through Reality TV” and the German Association of Communication Research (DGPuK) division “Sociology of Media and Communication” (in cooperation with the division “Media, Gender and Public Sphere”).

Addressing affects, media and power not only promised impulses for the theoretical and methodological conceptualization of affect, we also wanted to focus on different forms of affective relationality that comprise including as well as excluding practices. As the production and transmission of affect via media communication can be a threat (for example as feeling about a group as threatening), it may also be a catalyzer for connections. Contemporary mobile, networked and mediatized societies are confronted with communication processes that may have various affective dimensions – be it as part of a shitstorm or a moral panic; as a mode of emotional reception at a distance as in Fremdschämen; or as a trigger for the circulation of information in an affective flow (Papacharissi 2015). These processes raise questions for media and communication studies: Which meanings do affects and emotions have for media communication? What is the role of mediated affects within power constellations? In this relation, global processes of migration, enabled and enforced by media,  are also of particular importance.

During the conference these and further questions were addressed by scholars from Great Britain, Turkey, Austria, USA, Canada, the Netherlands, Switzerland, Lithuania, Kosovo and Germany.

The conference was opened by a keynote lecture about “Affective Publics: News Storytelling, Sentiment and Twitter” by Zizi Papacharissi of the University of Illinois, Chicago. 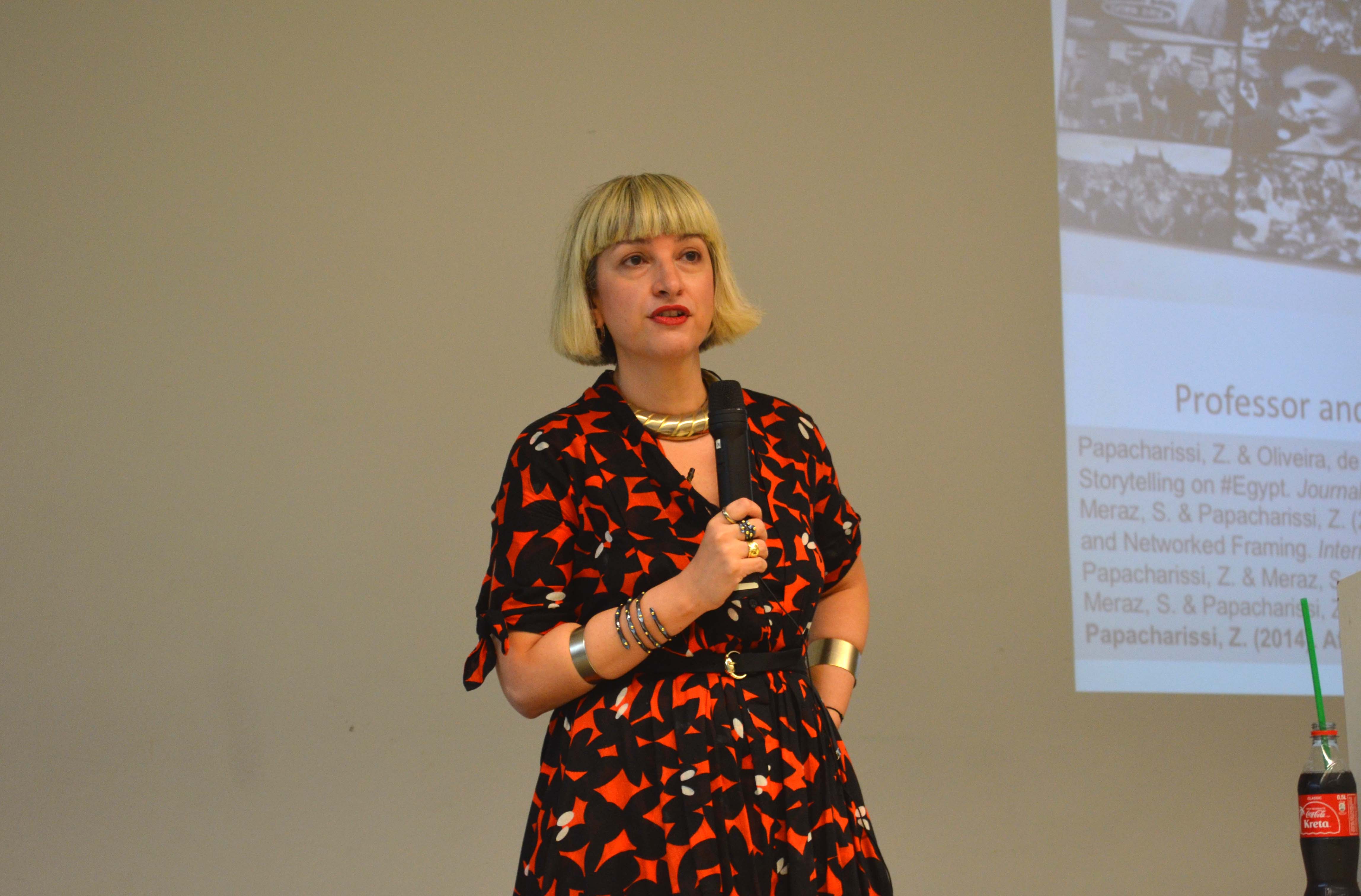 She explained the role and meaning of social media (esp. Twitter) in driving and sustaining protest movements like the Arab Spring and Occupy, as well as recent waves of populism. She emphasized that not the event itself is the affect, but that contributing to the story via social media sustains affect: a feeling to be part of the developing story. Thus, the power of affect leads people to either feel proximity or distance to current events. It is the narrative and not the technology that constitutes connections between individuals and unfolding social and political movements. Affect is discursively rendered into being and may mobilize publics through collective feelings of connection, intensity and belonging.

Also referring to the connection of affect and online communication, other presentations pointed to the relevance of memory. Sophie Nikoleit, researcher at our CRC Affective Societies, used the example of zines to show how past affects become visible again in digital archives. Affects help to bodily evocate, sustain and actualize the past. Especially for those being publicly invisible, platforms and micro-blogging become artefacts with affective value, both as memory restoring the absent trauma or loss and as structures enabling social connections.

Such a charging with affect becomes evident as well in the analysis of people communicating with each other on memorial pages. Anke Offerhaus (University of Bremen) discussed how people deal with loss online. She argued that the expressions of grief are not so much related to (changing) emotions, but instead to a variety of terms related to time. Similar to the offline graveyard, online grieving sites offer a space for long-term mourning perceived as inappropriate in everyday interactions.

Bernd Bösel (University of Potsdam) proposed a genealogical approach to the analysis of affect and distinguished between several “affect disposition regimes”. He assumed that affects are always defined by different codes. For example in early days of human culture, affects were considered as an effect of demons and therefore must be fought by exorcisms or blessings etc. In ancient times they were considered as effects of the artistic and skillful use of rhetoric, poetics or music. In modern times, affects were conceptualized as a neoliberal regime of increased sufficiency. Today, Bösel assumes, affects are defined in connection with information and provide digital systems the possibility to increase their output (‘affective computing’) as well as to take control. His reflections provided a useful basis for the presentations that pursued methodological approaches. In the second keynote lecture, Jens Eder (Filmuniversity Potsdam-Babelsberg) talked about “Affective Politics in Video Activism”. 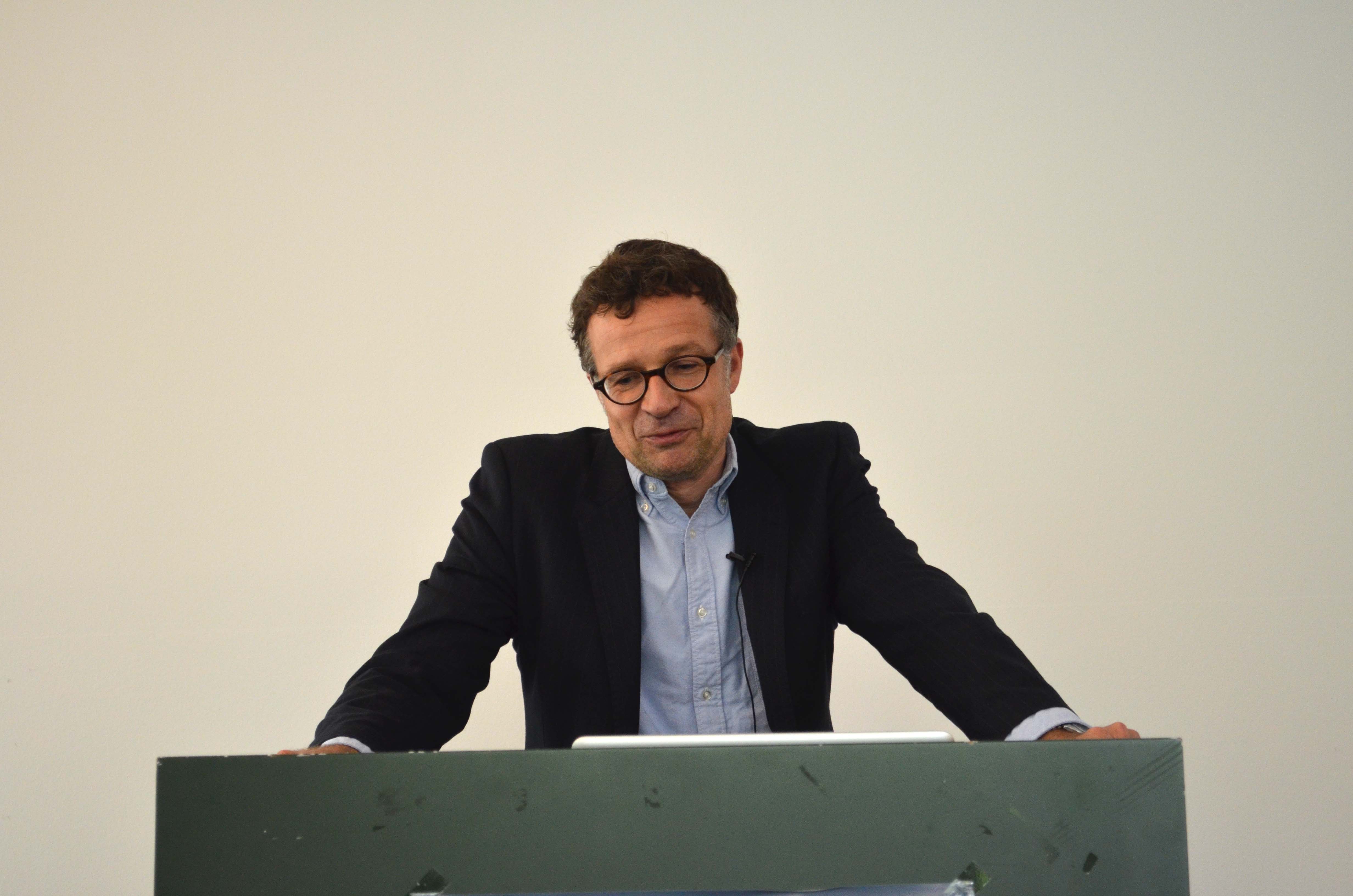 He used contemporary video activism as an example of the connections between media, affects and power, focussing on the connections between audiovisual forms and affective practices. Online videos elicit affects by addressing the users’ sense of agency and identity. They make them feel like they should act and offer immediate digital possibilities to act.

The third keynote by Brigitte Hipfl (University of Klagenfurt) focused on the affective processes of various forms of media and media use. 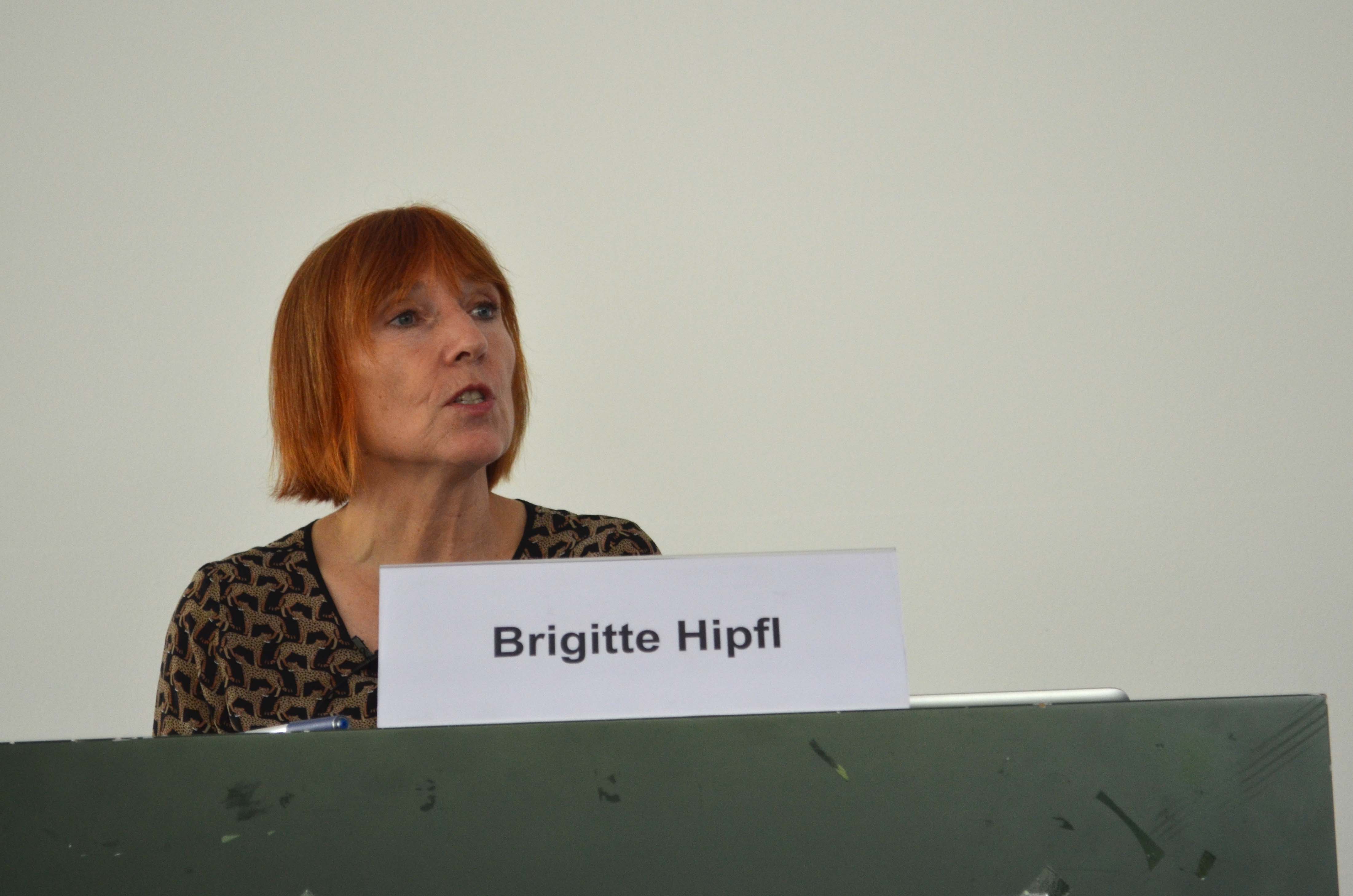 She decided to shift from asking what media represent to the question of what media and media practices do, which connections they form, what desires they produce, and what assemblages they materialize. Hipfl emphasized the notion of assemblage or assembling as an arrangement of heterogeneous elements, where parts are connected to form new potentialities. Assemblages promise particular power relations and redefine who we think we are or could be. For the empirical work on affect and media, she concluded that scholars may focus on affects expressed by media, affections in the sense of small changes in focus or in attention, and/or on exploring assemblages and what they do.

In the final remarks, Rainer Mühlhoff pointed out the necessity to reflect that we as researchers are part of the affective processes and dynamics we are analyzing. He asked, how a critique of these formats – especially of Reality TV formats that centre on the evaluation of the protagonists’ bodies – could work by including the reflection on the researchers’ own affects.