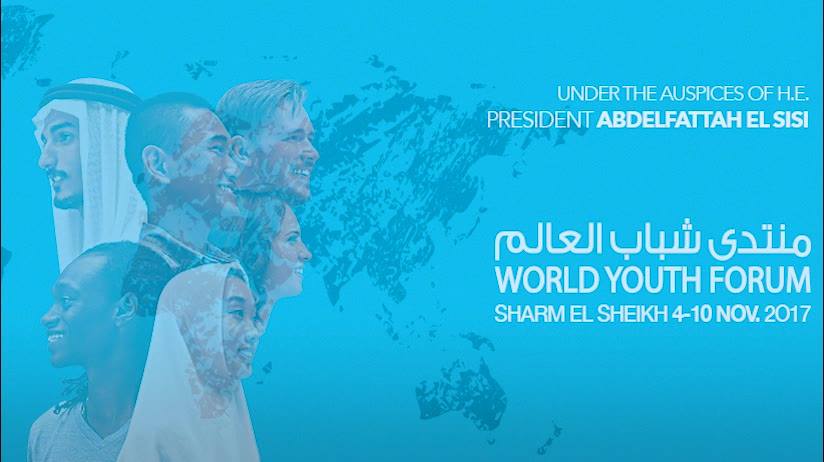 I closely followed the World Youth Forum conference that took place last November in Sharm El Sheikh (Egypt) that was sponsored by the current Egyptian president Abdel Fattah Al-Sisi; not only because I know people who were involved in organizing and participating in the forum, but also because I am very invested in some of the themes and topics that were being discussed. I agree wholeheartedly with its main, controversially received slogan, “#weneedtotalk”, which elicited strong reactions from some Egyptians, ranging from mockery to anger and outrage, as they pointed out, ‘we talked, and look where it got us’.

Though it is fairly blatant that this conference was never intended to facilitate widespread national dialogue (the popular video produced as part of its PR campaign was in English only), nor was its agenda broad enough to allow for political critique (topics for panels and discussion included sustainable development, technology and job creation), the slogan was still seen by some as a slap in the face, when Egypt’s prisons are full of young people who talked about military trials for civilians, human rights abuses and many other issues the government maybe would rather not discuss. But is it just that we have not been permitted to talk for fear of arrest, imprisonment, disappearance, or worse?

One of the most striking findings of my research on politics and emotions over the last two years, during which I have spoken to a diverse array of people about the events of the last seven years, has been the inability of Egyptians to talk. Not just because of very real security concerns, in many cases, but also because of the utter difficulty to speak about the last seven years and their affects and consequences. One activist highlighted this on Facebook when she wrote that the online counter campaign to the youth conference made her feel “less lonely”.

The affects of silence

Here, I want to make a point that this does not just concern human rights workers, political activists and journalists, many of whom have been paying the highest price in terms of imprisonment and the loss of family members and loved ones. Everyone seems to have been affected by the violence in some way or another, even regime loyalists and police officers.

I recall a conversation I had at the beginning of my work, a story someone told me about one of his close friends, a police officer who disappeared in the early days of the revolution, and reappeared after January 28 in plain clothes, beaten and extremely shaken. Up until the day I met this person, in early 2016, he and his best friend had never talked about what happened to him when he disappeared. This really challenged my initial perspective about who has been touched, affected, influenced by what happened during the 2011 revolution and its aftermath. My initial belief was that only those who were there (in the square), only those who believed, only those who supported the revolution are the ones who were moved or transformed. This was challenged the more I got out of my comfort zone (politically and socially) and the more I talked to people from different backgrounds, with differing stances on the revolution.
One thing we all have in common though is that we all need to talk, and most of us are unable to talk, at least about anything meaningful, about anything real, about anything that might lead us to self-reflection, or shake our core values and beliefs. We try to avoid meaningful conversation that might lead to a fight with our families, friends and loved ones, skirting around issues of politics, religion and what our society should look like. Some people claim that every conversation turns into a fight because we lack the ‘democratic dialogue culture,’ but intergenerational disputes and huge differences of opinion can be seen in most countries — take, for example, the recent US presidential elections, or the German parliamentary elections, where tensions were also running high.

How can we talk?

Everyone, from all sides of the political spectrum in Egypt, has a grievance to speak of from the last few years. Either they have lost someone, or they know someone who went to prison, was forced or pushed to leave the country, or disappeared, not withstanding prevalent economic grievances, psychological trauma from witnessing or taking part in violence, rape and sexual assault, and many other layers of suffering and hardship. All of this has taken place in the absence of any form of national reconciliation project, formal or informal, and a justice system that is at best overburdened with disputes and cases that haven’t been processed. And the wounds stretch back before the last seven years. The recent clashes between the state and Nubian activists has re-opened complex historical grievances about land, political and cultural rights.

So, how can ‘we’ talk, when every word strikes a chord with someone. When I sit in groups of people I’m often lost for words — what if someone lost a friend or has Islamist family members and a joke about Ikhwan would be hurtful, or if someone lost a brother in Port Said and criticizing the Ultras would be offensive. Or, if they almost lost their lives in clashes with Ikhwan and defending Islamists and their rights might not be something they would necessarily support. Or they have been so emotionally, economically and intellectually drained in the last seven years, that they just need to believe that the future will be brighter, and that Egypt is on the right path. Who am I to decide to come in and burst this bubble with a list of all the horrific things that have happened, and to slam it in their faces? And to what end? I am also unable to talk. I dread the moment when someone asks me about Egypt when I’m overseas too, because the situation is too overwhelming and confusing to even know where to begin.

If there’s one thing I’ve learned from my last two years of work, it’s that, in times of immense turmoil and loss of meaning, people tend to construct their own truths and they will go to extreme lengths to bend events to fit their version of truth. When you have a community with varying, often competing, versions of events, then you cannot have a conversation, because each truth threatens the other, and people essentially need something to believe.

To talk or not to talk?

Then this slogan comes along: ‘We need to talk,” and I absolutely agree. But, who is the “we,” when I struggle to even have a conversation among five of my friends. Who gets to set the agenda for this conversation, when everything “we” want to talk about is either banned, ignored or denied. How can we, as a society, feel safe enough to talk to each other, when at some point we wished each other harm or even contributed to it? We reported each other, participated in street clashes and cursed each other. Even if we decide to talk, who would regulate the conversation and with what mechanisms?

Since 2011, we have been in a state of flux about what this ‘new Egypt’ should look like politically, socially and economically. In the absence of a national and social dialogue, and in the presence of ongoing violence, much of which is state sponsored, talking has neither been prioritized nor productive.
This is not specific to Egypt, many countries that have experienced radical changes or transitions have been through similar moments in history, and there is a wealth of knowledge to learn from in terms of national reconciliation mechanisms and transitional justice initiatives that can be adjusted to our context. I’m definitely not the first to suggest this. The point is, in the absence of it, any conversation is meaningless. It is maybe even better not to talk, because what will come out will probably be more hatred.

[:en]Dina is currently pursuing her PhD at the Free University, Berlin, in “Politics, Emotion and Affect within the dynamics of Tahrir square.” [:]