The interview series poses questions concerning the role of affects and emotions in research practice and contemporary society to researches on short-term visit and associate members of the Collaborative Research Center “Affective Societies”. Today, we introduce Thomas Stodulka who is Junior Professor of Social and Cultural Anthropology, with a special focus on Psychological Anthropology, at Freie Universität Berlin, Germany. His work focuses on the interplay between affect, emotion, mental health and illness, stigmatization, and critical epistemologies. He conducted long-term fieldwork with street-related young men in Yogyakarta, Indonesia between 2001 and 2015, and he has directed international research projects on the role of affect and Emotion in fieldwork and ethnography, envy in transcultural perspectives, and critical perspectives on interdisciplinary emotion research and big data. He is associated with the CRC Affective Societies since 2017 through his work on Reflexive Methodologies and Critical Approaches to Datafication. 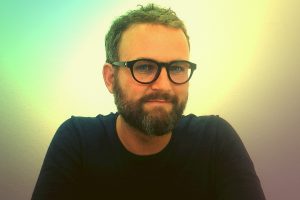 How can we use researchers’ affects in order to make science more transparent and comprehensible outside the academe? And, how could this contribute to transdisciplinary communication and the avoidance of unnecessary confusion?

Indifference towards other persons’ and communities’ suffering, hardships and desires. Just a thought, increasingly felt precariousness (of time, resources, an open-mindedness) seems to nurture indifference as routine mode of navigating the everyday and of getting along without harm. OMG, this sounds like Orwell!

Very much the curiosity in other disciplines, and (sometimes) the boredom in my own. Obviously, this reflects more on myself than on social and cultural anthropology that I adore and fell in love with many years ago.

Pramoedya Ananta Toer’s Footsteps. It screams of injustice, unfairness, and pain of the exploited classes during Indonesia’s occupation by the Dutch in early 20th century. The story tells the journey of Minke, a young peasant boy that matures into a journalist and silent revolutionary, lives through the expropriation of his foster family’s business, the death of two wives, humiliation by the Dutch colonizers; and only just before the success of his newspaper agency can manifest in full bloom (both for the young revolutionaries and his own family), he is sentenced to life long exile on a Molukkan Island – these scoundrels!