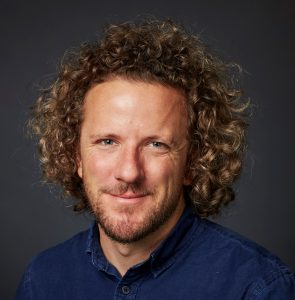 The interview series poses questions concerning the role of affects and emotions in research practice and contemporary society to researches on short-term visit and associate members of the Collaborative Research Center “Affective Societies”. Today, we introduce Michael Richardson who is a lecturer in the School of the Arts and Media at the University of New South Wales, Australia. His transdisciplinary research investigates the intersection of affect and power in media, literature, technology and political culture. He is the author of Gestures of Testimony: Torture, Trauma and Affect in Literature (2016) and is currently working on a project about drones and witnessing.

So many questions, so little time! I find myself pulled in many directions by diverse research interests: how we feel the future in the present, how life takes shape in an era of pervasive media technologies, how trauma and violence proliferate culturally and politically, how crisis structures (or maybe de-structures!) our relations to the world. But what unites my research is the question of how we make sense of upheaval, change and crisis, which is for me a question of witnessing. This question matters across multiple sites and scales from the intimate and personal to the societal and even planetary. It matters because it lays the ground for meaningful response, perhaps even repair and regeneration. It’s not enough anymore, if ever was, for researchers to be focused solely on critique.

Resentment, although I shouldn’t have been surprised at all. So much of what we are seeing across a multiplicity of political, social and cultural milieus in the western world seems to be driven by grievance. What unites anti-immigrant sentiment, Islamophobia, trolling and cyberbullying, to name just a few manifestations of grievance, is this unmet, unarticulated sense of resentment towards the enormous gap between what modern life promises and what it delivers. I’m constantly reminded of Sara Ahmed’s early work on the stickiness of affects and emotions, the way they cling to bodies and to one other, gumming up the works of sociality, of politics, of being in the world itself. Faced with the intractability of flourishing in late capitalism, is it any wonder that a large subset of those who once held some kind of privilege have turned to racism, nationalistic populism and xenophobia? I suspect that what many felt was bubbling away on the fringes or firmly held in check by mainstream culture was in fact ready to burst for a long time now. It seems to me that a major task – perhaps THE task – of left politics is to address this grievance at its right, rather than falling into the trap of technocratic solutionism that tends to tighten the affective bonds of resentment precisely through its renewal and re-inscription of the system.

The barriers to my research are primarily institutional, both local and national. Bureaucratic processes, endless interface redesigns, reporting requirements, an obsession with metrics, laborious grant applications with constantly shifting criteria, the hierarchical managerialism of the 1960s corporate culture that universities seem determined to embrace. Some of these barriers are procedural, many are discursive, but all of them have affective dimensions in that they all insinuate themselves into any efforts to do the work of encounter that underpins research, thinking and teaching.

In the Swarm (2017) by Byung-Chul Han. It’s a strange, almost aphoristic book but his articulation of swarms and shitstorms as defining forms of political (dis)organisation in the digital world has really stuck with me. As an affect scholar, it’s really valuable to think about affective forces in the way he does (which is to say with scepticism) – even if I don’t always agree with his stance. It’s important to understand the relationship between media technologies and socio-political forms – the role of the printing press in shaping the imagined communities of nations, for example, or the Habermasian public sphere – and not enough thought has been given to how the digital might be part and parcel of a dynamic reorganisation of social and political life that we are only just beginning to understand. There are lots of important exceptions, of course, but in the popular discourse and in much of the scholarship, discussions seem to be concerned with the margins. Questions about, say, how much micro-targeted advertising might exploit narrow political affects don’t bring us anywhere near the larger issues of whether the political forms we have developed over the last five hundred years will make much sense in another fifty. Because Han arrives so bluntly and forcefully at this question of the dominant, yet still emergent mode of political collectivity today, he really pushes me to be sceptical about all sorts of assumptions about what is and is not stable in the socio-political domain.

Hopelessness! We are faced with so much challenge at the moment – my colleague Andrew Murphie calls this catastrophic multiplicity – and it’s very easy to feel like there’s nothing that can be done. In my own work, I worry that hopelessness could lead to both complacency and conformity. Complacency intellectually, in the sense of not seeking out new thought, new practices, new fields of inquiry, and conformity, in the sense of simply going along with what the contemporary university demands. I also think it’s important for our students that we don’t succumb to hopelessness, because we need to pass on to them both tools of critique and practices of thinking-feeling that might open to new ways of living and beginning – I hope! – to work through the immense challenges before us.